Not long ago, the marriage of star Shawn Yue became famous on line. While sending out blessings, many people also feel that they hope to have a romantic overseas wedding. Recently, a reporter visited the Guangdong Wedding Industry Association to learn that the  overseas weddings have entered the homes of ordinary people. In recent years, the number of Overseas Wedding counseling has increased year by year, and more young people put their ideas into action. 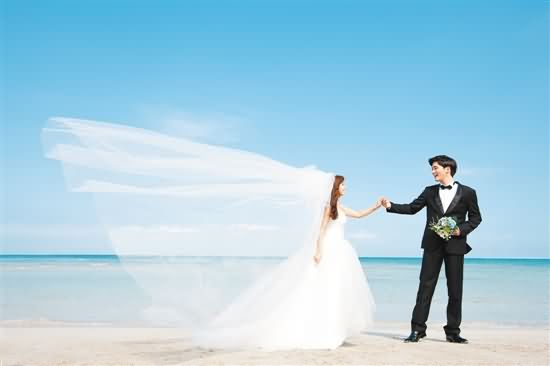 1.The number of A has increased, and overseas wedding has been popular.

White collar Xiao Mo told reporters that she and his fiancee Xiao Chen planned to hold an island wedding in Thailand in February. “A Shenzhen Wedding Company has been contacted, originally planned to go to Bali, because the cause of the volcano eruption can only be changed location.” Xiao Mo said that the wedding company offered her a six-day four-night trip, including accommodation, venue layout on wedding day, flower decoration, ceremony, photography and so on, which cost more than 10,000 yuan per person. “No meals are included. The charge is extra.” Xiao Mo said that she planned to invite only immediate relatives and girlfriends, about 30 people, with a total cost of less than 500,000 yuan.

Xiao Chen said that since he and Xiao Mo are both northerners, it would be expensive to invite relatives to Guangzhou for a wedding, so it would be better to add some money to do it overseas. “If we do a wedding in Guangzhou, we will spend more than fifty thousands of dollars on five star hotels.” Xiao Chen said.

With the improvement of economic level, in recent years, the number of Chinese people going abroad to hold weddings is also increasing. Tu Hao, head of Traveller Wedding Company, told reporters that this year they received an order for the wedding of hundreds of people on Phuket Island, Thailand. “This order is a bit special. The groom himself is a tourist. The groom book the air ticket and the hotel by himself. We are mainly responsible for the planning of the wedding event.” Tu Hao said that with the increasing number of overseas Chinese weddings, foreign hotels are becoming more and more smart. For example, hotels where some stars have held wedding ceremonies said that only residents can take photos here, and visitors are not allowed. For example, some foreign hotels will also launch wedding packages for Chinese tourists. 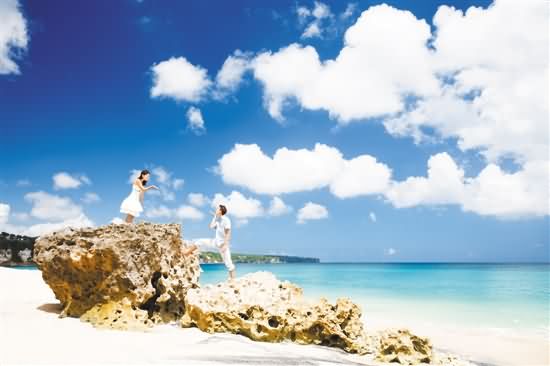 Sun Bang, the deputy secretary-general of Guangdong Wedding Industry Association, told reporters about the upsurge of overseas weddings of Chinese people. According to the statistics of the association, the number of consultation and orders for overseas weddings of consumers in South China has shown a rapid upward trend in recent years, with an average annual increase of about double. “Compared with Beijing, Shanghai, Shenyang and other places, Guangdong’s Overseas Wedding base is still relatively small, the market is in its infancy, and there are not many companies specializing in overseas wedding, only about 5,or 6.” Sun Bang said that every couple wants a different wedding, so every year many couples consult overseas weddings. According to the 2017 Baidu wedding industry report, the number of Overseas Wedding searches increased by more than 200% over the same period. 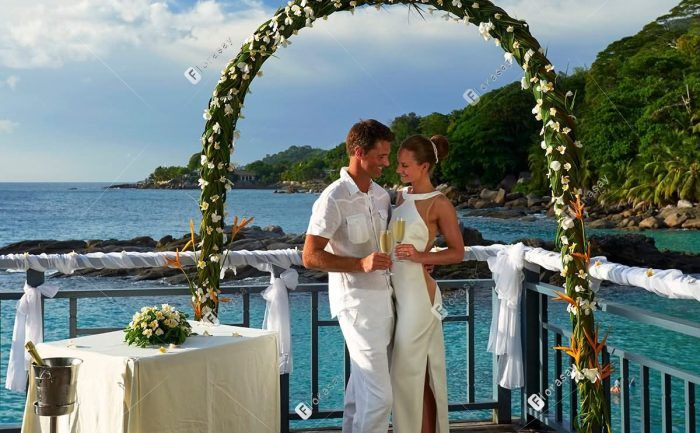 In the case of Southern China market, some of the new Cantonese book the oversea wedding. “Some locals have very important family values and attach importance to tradition. Wedding day will invite many relatives and friends, the parents often bear the cost of the wedding, the wedding venue was great. so, more traditional wedding, some new Cantonese people will not worry too much. If they calculate the cost alone, the cost of receiving relatives to do wedding event in the south is not much different from that of overseas wedding. Zou Zhenxiang, head of wedding customization in Foshan, said that the number of overseas photographs taken by Cantonese couples is one of the best in the country, which is related to the long-standing habit of love travel of Cantonese people.

reporters also learned that different grades of overseas weddings. Some stars have held wedding at hotels, cost hundreds of thousands of yuan for the venues. “The cost of foreign service personnel is very high, and the flowers needed at the wedding site are often not available locally and need to be purchased specially, which are very expensive.” Said Tu Hao. 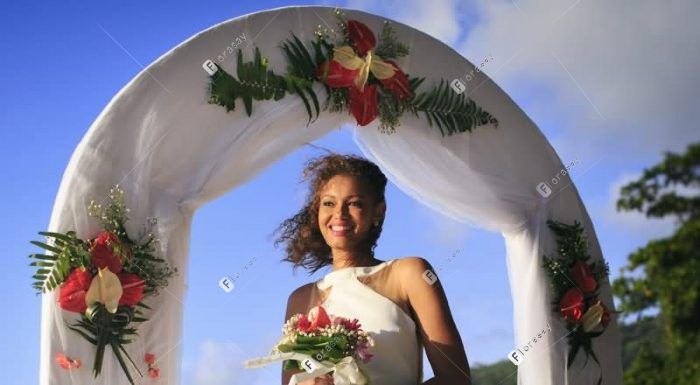 For Overseas Wedding destinations, Phuket Island and Bali Island are the most popular choices at the moment. “High performance,lower cost, visa problem is easy to solve.” Sun Bang revealed that there are already new Guangdong couples going to Czech to hold the castle wedding. “From the perspective of the future, the overseas wedding market is vast. In the future, the market will be more subdivided, for example, professional companies will usually set up branches overseas, combined with travel agency resources and so on. 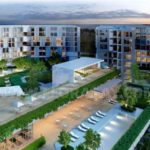 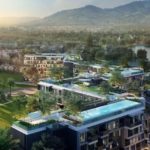 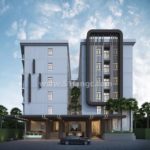 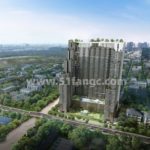 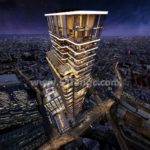